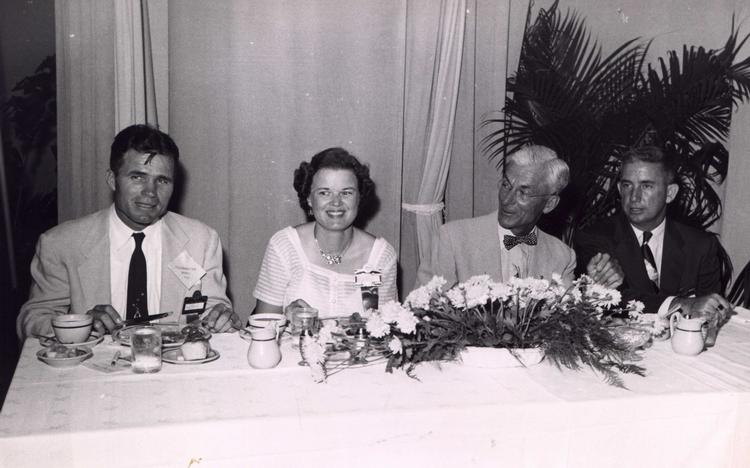 When the Florida Nursery & Growers Association organized in 1952, one of its first activities was to convene its members to meet one another, conduct association business and expand individual businesses and contacts. This was FNGLA’s first Annual Convention -- and so the tradition continues.

Although I haven’t been around FNGLA since 1952 (despite what some may say), I feel certain there has been a Convention held each of the 66 years FNGA/FNGLA has been around. This annual convening of members has been an integral part in the development of the association and the industry.

FNGLA’s conventions, like the association and its members, have changed over the years. In some years, Convention was part of what was called FNGLA’s Trade Meet (aka FNATS, The Landscape Show) active with trade show booths, banquets and meetings on top of meetings.

Yet most years, the FNGLA Convention has been a stand-alone networking event giving members plenty of relaxation time to exchange industry news, business ideas, and laughter with FNGLA friends and family. One can think of it as FNGLA’s family reunion. FNGLA Convention = Return on Relationships.

In 2002, FNGLA celebrated its 50th anniversary. At that time, we created a video in which active FNGLA members from each of the five decades were interviewed. Each person shared different accomplishments of FNGLA during his/her time, whether it was success in Tallahassee, new marketing inroads or a new FNGLA office building. Yet, the FNGLA activity each person spoke of most fondly, no matter the decade, was their time attending FNGLA conventions.

As part of the FNGLA 50th Anniversary video each person being interviewed was asked what the best benefit was he/she received as an FNGLA member. No matter which decade represented, every one of them said without hesitating – the people.

I agree. I have had the privilege of working for FNGLA for 30+ years and have worked closely with hundreds of FNGLA members. It’s the FNGLA people who have made and continue to make FNGLA the relevant, engaged and happy organization it is today. There’s no better place to get to know FNGLA people than at an FNGLA Convention. FNGLA Convention = FNGLA people. And so the tradition continues. •