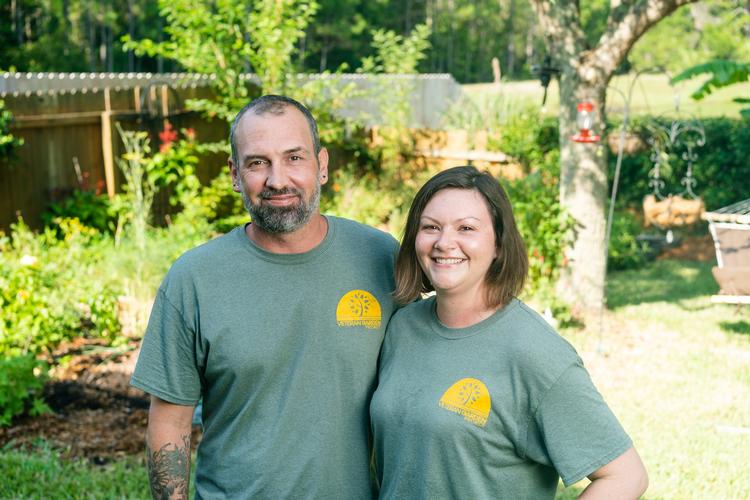 It was a little over four years ago when Rob Timmons sat before his therapist listening to her appeals, yet again, to find a way to connect with other veterans.

A St. Augustine native, Rob enlisted in the Army in 2005. He served an extended tour in Afghanistan in 2007 before suffering a leg and traumatic brain injury in an IED explosion and later a mortar attack. Rob’s injuries forced him to medically retire from active duty service.

In the years following, Rob became no stranger to doctors’ offices. Inpatient, outpatient, psychiatric - the works. Anxiety and PTSD symptoms dogged his transition for years from combat veteran to civilian.

“We were going through a lot – a lot of medicines,” Rob’s wife, Crystal, remembers, placing her arms around Rob’s shoulders as they sat together in their living room one winter afternoon in January.

Maybe it was due to the build-up of frustration -- desperation, even, or the years’ worth of daily battles with anxiety, but, for whatever reason, Rob turned a corner on that particular visit.

“My therapist said, ‘Look, you need to do something where you’re getting out to connect with other veterans,’” Rob remembers. “She challenged me to go out and start a meet-up, because I was basically hiding in my house.”

So, Rob thought it over. He talked with Crystal, and ultimately decided to send an email invite to his contacts list asking each to spread the word. The first meeting, held at a local St. Augustine bar in 2015, drew around 50 people. It solidified for both Rob and Crystal there were, indeed, veteran families around them experiencing similar hardships.

Around the same time Rob was exploring this new connection with other veterans, Crystal was also staring down a new path. A yoga instructor and stay-at-home mom to Hailey, the couple’s teen daughter, Crystal had recently turned to gardening and its healing properties.

“I was already trying to start my own home gardening for the idea of helping my family eating better, cleaner foods.” Crystal also remembers thinking at the time, “I love nature. I love plants, but how do I grow things?”

A periphery Internet search for gardening classes brought her information on First Coast Technical College’s FNGLA Certified Horticulture Professional (FCHP) training program. “I wasn’t really looking to become certified, per se,” she remembers. “I just wanted the knowledge for myself.”

Both Crystal and Rob completed the College’s nursery management and landscaping program, earning their FCHP professional designations in 2017. “I loved it so much,” Crystal remembers.

The pair began gardening together in the backyard of their St. Augustine home pretty regularly after earning their certifications. At first, it was just a few orchids and staghorn ferns (Rob’s favorite) here and there. Then, slowly, it was planters full of lettuce varieties, a makeshift germinating station, and hanging planters.

These days, the garden looks and smells like a horticultural wonderland. Lush matts of fragrant jasmine are almost picturesquely draped over perimeter fencing, while citrus and tropical fruit trees punctuate the back part of the property which overlooks a small pond. There’s also a robust rosemary bush the size of a table-top Christmas tree occupying one delicious nook.

As the pair continued to build their backyard garden, they began to notice the healing taking root. Being around the greenery gave Rob, also a practicing yogi, a few minutes each day to get outside of himself – and provided a natural forum to meditate between manual tasks like pulling weeds and pruning branches. Breathing became a little easier.

And, the benefits for Crystal were twofold. “[Gardening was] a great way for me to step out, also as a caregiver, to kind of step out and have my own space.”

Naturally, as the couple began to see the healing from the combination of gardening and creating community with other veteran families, it only made sense for them to share it with others in need.

And, so emerged the Veteran Garden Project, a charitable, tax-exempt entity which places gardening and meet-ups at the heart of connecting veterans on their transition back to civilian life. Non-profit volunteers design and build backyard garden boxes for veterans and their families to assist in the transition.

“We all have very similar stories and a lot of people don’t understand the transition from military world into civilian life is very difficult for everyone involved,” Rob says.

In 2019, the group built seven backyard gardens for veterans in the St. Augustine area. This year, they’ve already committed to building six more for a new group of veteran families.

The plants grown are based on the veteran’s preferences and, in the past, have included vegetable and herb gardens, companion plants, lemongrass, scented geraniums, dill, fennel and marigold.

The program includes roughly 65 volunteers who regularly meet up with the community of veteran families to install plant gardens -- and check in with each other.

“There are so many veterans here who are really in similar situations, and we look at ourselves as alumni now,” Rob adds. “We’re a little bit older than some of the incoming transitioning veterans and families, yet we’ve been through a lot. We understand.”

The project hosts a handful of potlucks each year with the hope that no veteran ever has to go it alone – at least not on Rob’s home turf, if he can help it.

Participants are selected for this program by filling out an online application, according to Crystal, which is then sent to the group’s leadership board.
The goal is, in the future, the group will grow to include enough funds, materials and volunteers to never turn away any veteran wishing to have their own garden.

The pair are also working to grow the organization to both offer more raised backyard beds each year, and even build local community garden projects in the future.

“We really want to be able to grow more sustainable food and bring more awareness to creating a sustainable food forest,” Crystal says.
Rob adds, “One of our main goals is also to have a home base for the VGP - a piece of property where we can meet to hold our meetings, gardens and whatever else helps.”

For more information on the Veteran Garden Project and how to help, please visit www.veterangardenproject.org or email Crystal Timmons at crystal.timmons@4vgp.org. • 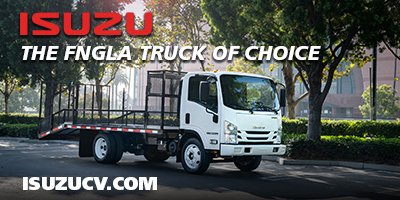