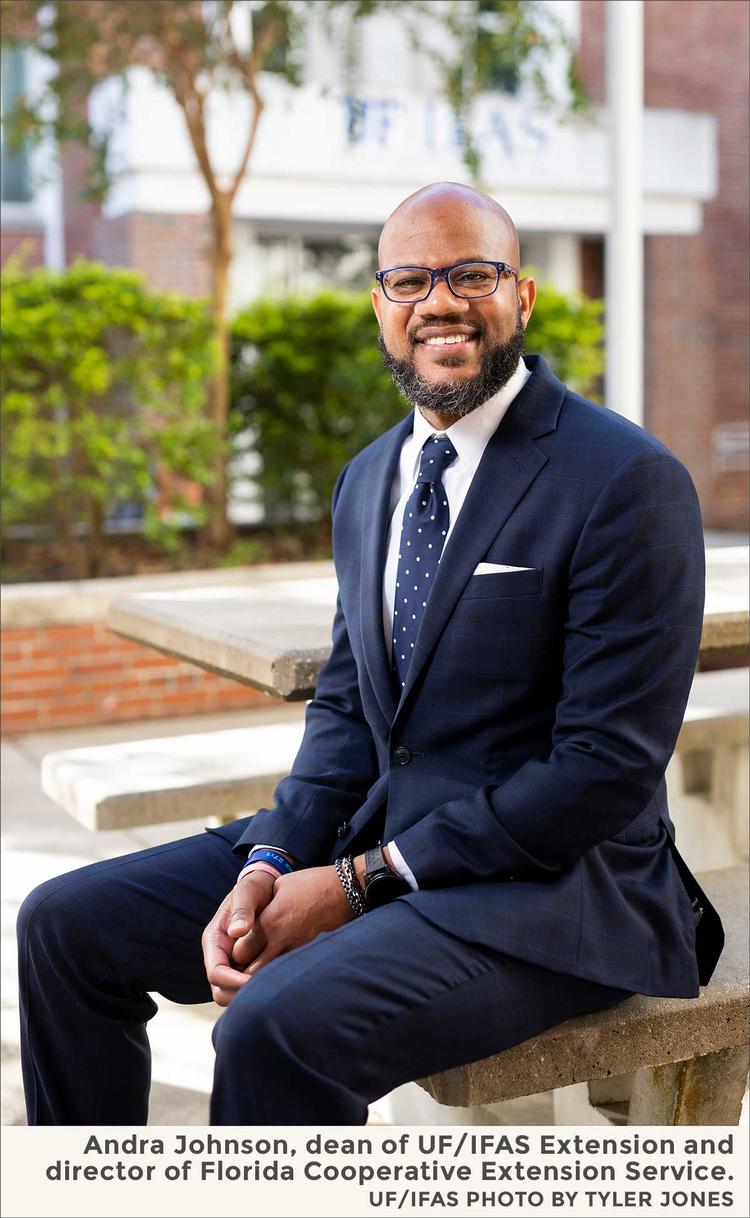 Andra Johnson, Ph.D., sees his new job as leading nearly 650 Extension agents and specialists at the University of Florida’s Institute of Food and Agricultural Sciences and serving at least 2,000 stakeholders—that is, you.

Here’s why I think you’ll be as pleased as I am that Dr. Johnson started as dean of UF/IFAS Extension and director of the Florida Cooperative Extension Service on Nov. 1:

He’s an aggie. During interviews, the vision he presented for modernizing Extension includes an expansion of service to production agriculture. Florida ag leaders supported his candidacy.

Dr. Johnson grew up in rural Louisiana in a family that raised cattle, cotton, corn and wheat. His aunt has served for more than 30 years at USDA. He has previously worked at three land-grant universities.

He’s an ornamental aggie. Dr. Johnson has bachelor’s, master’s and doctoral degrees in urban forestry, so he knows ornamental trees. His graduate studies included work on “utility-compatible” trees to reduce electrical interruptions and to protect both the public and utility workers. As an urban forestry Extension agent, Dr. Johnson did a lot of work with nursery tree growers—basically the “Ed Bravo” of Pennsylvania and Louisiana.

He wants your agent to stay your agent. We have long had too much agent turnover. Dr. Johnson has a vision for removing the university-created drivers of attrition. He plans to beef up support so agents are not bogged down in administrative duties instead of the programming they’d rather be doing. He’ll advocate for higher salaries to retain high-performing agents. And he’ll work to improve the promotion process which ultimately gives an agent freedom to determine - in concert with stakeholders - how best to serve the local community as well as job security to build years-long relationships.

One of my few directives to the dean will be to get out of the office and visit you. As of this writing, I’ve visited 48 of our 67 Extension offices. I want Dr. Johnson to get to them all before I do, and to visit with stakeholders like you while he’s at it. Please invite him to your nurseries and greenhouses.

Dr. Johnson has been emerging as a national leader who represents the future of Extension. At UF/IFAS, we’re in the business of getting you to the future first, ahead of your national and global competitors.