Water is a vital resource which if goes unprotected can become a permanent destination for pesticides. As a precious component of our environment, protecting water should be a high priority when applying pesticides.  Protection of this liquid treasure must be a foremost concern for all applicators. As an applicator, it is your responsibility to prevent pesticides from entering water by understanding the characteristics of soils and pesticides, and by properly storing, mixing and applying them.

When considering water sources the two that come to mind naturally are ground and surface water. Ground water is water that is located within soils below the earth's surface moving slowly through rock and soil particles. Ground water can also be found in limestone areas where it can flow through large underground canals or caverns. Groundwater is capable of providing large amounts of water known as an aquifer. Aquifers provide us with drinking, washing and irrigation water by providing water to a well. Surface water can be characterized as natural water that has not penetrated much below the surface of the ground and is typically collected by ponds, streams, lakes, canals or ditches.

Pesticides can find their way into either aquifers or surface bodies, through the process of leaching or runoff, and if they do there is a potential for contamination of the water people use every day for living.

To be a better applicator it is important to understand how pesticides move into water sources along with knowing a few of their basic chemical and physical properties. By understanding these concepts you as an applicator will have made a vital decision to take a role in preventing water contamination. Let's get started!!

Leaching: Leaching is the movement of water through the soil profile and can occur downward, upward or sideways. As water infiltrates it removes soluble materials which can carry pesticides to the water table. If the water table is close to the surface, there is a greater likelihood of contamination.

Runoff: Runoff is the movement of water over a sloping surface and can carry pesticides dissolved in water or bound to the soil. If heavy rainfall or overhead irrigation occurs shortly after an application, runoff can be encouraged, leading to pesticides being moved off site. Heavy rainfall or irrigation can also wash off pesticide residues adding to stormwater runoff.

Adsorption: Adsorption occurs when a positively charged pesticide molecule binds tightly to a negatively charged one. When a pesticide binds itself tightly to soil particles it is less likely to move from the spray site. The amount that a pesticide is adsorbed to the soil varies with the type of pesticide, soil, moisture, soil pH, and soil texture.

A pesticide that is held strongly on the surface of soil particles by adsorption is less likely to leach. However if the pesticide is strongly attached to the soil particle, and runoff is a concern the applicator must try to provide for barriers to prevent soil from finding its way into waterbodies.

Solubility: When a pesticide is soluble it will become dissolved with water that is moved throughout or over the soil. Pesticides that are highly soluble in water will dissolve easily and are more likely to move with either surface or soil water.

Adsorption, solubility and persistence are three factors that are all interrelated, if a pesticide is extremely soluble, highly persistent, and are not tightly bound to the soil they are more likely to move into ground water.

Soil properties are also an important factor in the breakdown and movement of pesticides. These factors include texture, structure, permeability and organic matter.

Soil Texture: Soil texture is a term generally used to describe how different sizes of mineral particles such as sand, silt and clay are distributed in the soil. Soil particles range in size from very coarse sand to clay and are separated into groups according to their size. Coarse or sandy soils allow water to carry pesticides quickly downward, while textured soils can increase runoff.

Soil Structure:  Soil structure indicates how the soil particles are combined.  If a soil is made up of mostly sand particles, there is likelihood for increased downward movement of water through the soil. Soils that do permit a rapid flow of water are more likely to present a greater chance of ground water contamination compared to coarse textured or compacted soils which are more likely to present water surface contamination.

Permeability:  Permeability measures how rapidly water can move downward through the soil and is influenced by both soil texture and structure. Soils that are sandy or coarse are by and large considered more permeability and again have a greater tendency for ground water contamination.

Pesticide Runoff:  When applying pesticides it's important to take into consideration the slope of the field in relationship to the location of a lake, pond, stream, canal, or wetland. If the field is sloping towards a water body, that water can be become extremely vulnerable to contamination from pesticide runoff.

To prevent pesticide runoff you can construct a berm or bank between the application site and surface-water to prevent or reduce the amount of pesticide water running off the field following a rainfall.

Develop a buffer zone of grass at least 20 feet wide between the application area or the site used for pesticide mixing and loading and surface-water areas. Water impurities can be filtered by passing through a vigorous grass filter strip, so try to keep the grass as healthy as possible.

Leaching: Careful pesticide application is important especially if you are near wells. Pesticide spills near wells can move directly and quickly into groundwater. Wells should be properly cased, capped, and grouted.

Integrated Pest Management:  IPM is a systematic approach which combines chemical, cultural, and biological control practices into one sensible pest management program. IPM encourages the scouting of fields to identify pests population levels, and extent of damage. Make pesticide applications only when necessary, using the lowest rate required for adequate control. Reduction in the amount of pesticide use lowers potential movement of pesticides to sources of water, protects the natural environment and reduces costs.

Monitoring weather: You always want to monitor weather conditions. Intense amounts or prolong periods of rain can cause water to rapidly flow through or over the soil structure. By monitoring the weather a pesticide application can be prevented from polluting groundwater. Applying pesticides before a scheduled irrigation can also contribute to leaching or runoff.  By carefully monitoring the amount of irrigation being applied, you can decrease the amount of pesticide movement.

Pesticide application: The key to an effective pesticide program is to keep the application on the target site. Never exceed recommended application rates. By carefully calibrating application equipment; the applicator can be assured that rates are remaining within the desired application levels. Accurate calibration will prevent excess pesticides from leaching their way into ground water.

Storing pesticides safely: When storing pesticides you must always restrict access by making sure the building is secured. Chemical theft is a clear and present danger so be sure to keep your pesticide building locked at all times. If there are windows on the facility make sure they are secured by metal bars or wrought iron.

Your storage facility should sit atop a concrete floor so that in case of a spill pesticides won't reach the soil. With a concrete floor cleanup will be faster and easier if there is a leak or spill. You should continuously inspect containers for signs of leaking or corrosion. If you are storing pesticides in bulk containers make sure to construct a ditch or dike around the container to prevent movement of pesticide should a spill or leak occur.

Prevent back siphoning and spills: Never allow a hose used for filling a spray tank to extend below the level of the water in the tank. Contain all spills as quickly as possible and handle according to label directions. Use anti-siphon devices in the water line. They are inexpensive and effective.

Protecting ground and surface water from pesticide leaching and runoff can be accomplished by a constant awareness of your surrounding environment, soil conditions and pesticide characteristics. As an applicator if you understand these concepts and evolve your pesticide program around them, you will be able to proudly state that you are helping to protect that liquid treasure known as water!

Click the link below to answer questions based on the above article. You will be notified whether you passed and will be provided 1 CEU toward your FNGLA Certification: https://www.surveymonkey.com/r/H56SQCB?sm=hTJc4sC0ba%2fo%2bey4jhLp9Q%3d%3d

Joern, B., Lohman B., Whitford, F. Pesticides and the Environment Purdue Bulletin WQ-19

Ed Skvarch is a Commercial Horticulture Agent with the St. Lucie - University of Florida / IFAS Extension 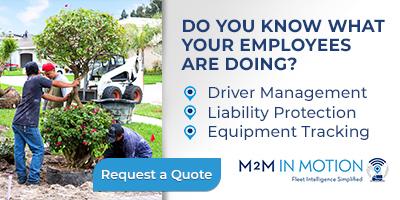 J. Scott Angle: You have to recognize yourselves before you can expect others to do so
July 9, 2021

President's Letter: I hope you were able to attend this year’s FNGLA convention
June 15, 2021

J. Scott Angle: Keep an eye out for these students when they graduate
May 6, 2021