I’ve convened a discussion on campus on the future of Florida agriculture. It’s probably of no surprise to you that it’s been enlivened by the participation of past FNGLA Presidents Ed Bravo and Sandy Stein.

Like a lot of folks in the work group (we plan to do more than talk), Ed and Sandy experienced highs and lows. Highs when we spoke of production ag’s contributions to environmental solutions. Lows were that so often those contributions go unrecognized.

For Ed, the low was exemplified by a recent Alachua County fertilizer ban with no exemption for landscape professionals. He argued it will have exactly the opposite effect intended. Professionals will adhere to the annual eight-month ban while rogue do-it-yourselfers apply fertilizer indiscriminately.

Sandy said he was impressed with how much knowledge was being shared in the work group, but the real success of what we’re calling the Florida Climate-Smart Ag Work Group will be in getting that knowledge outside the room. This means to FNGLA members, the general public, and policy makers.

Ed and Sandy are interested in more carrots and fewer sticks to change behaviors by producers and consumers alike. They were both intrigued by talk of having economists put a dollar value on a farm or nursery’s carbon sequestration or harboring of wildlife.

I hear this all over the state. For example, a forest landowner friend of mine on the Panhandle lamented not just how much money he lost when Hurricane Michael felled his trees, but those trees were so little valued by society while they were standing. No one ever paid him for the carbon sequestration, the water filtering, the wildlife habitat, or flood control those trees provided.

What I hear repeatedly from producers is they don’t get credit -- in cash or gratitude – for the things they provide but don’t sell.

A former Mississippi Farm Bureau official and former Maryland assistant secretary of agriculture from a non-profit called Solutions from the Land is sponsoring the Work Group. They aim to inspire producer-led conversations across the nation about how to provide for farming’s future under changing conditions.

In Florida, how to value ecosystem services has emerged as a primary theme of the conversation. Economists have to be involved, certainly. But Ed, Sandy, and their colleagues in fruit, vegetables, cattle, and timber agreed they’ll also have to more assertively tell their stories and grab hold of the narrative of Florida ag.

When producers are playing defense and combating misinformation, they said, they may have already lost the hearts and minds of decision-makers whose policies can have huge effects on the farm or in the nursery.

The discussion is richer for Ed’s and Sandy’s participation.  Whatever action plan results from the talks will have a greater chance of success because of the insights Ed and Sandy are contributing. 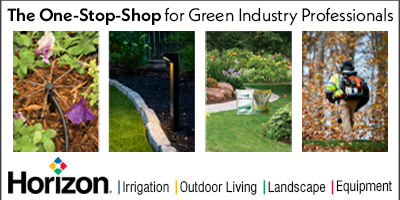