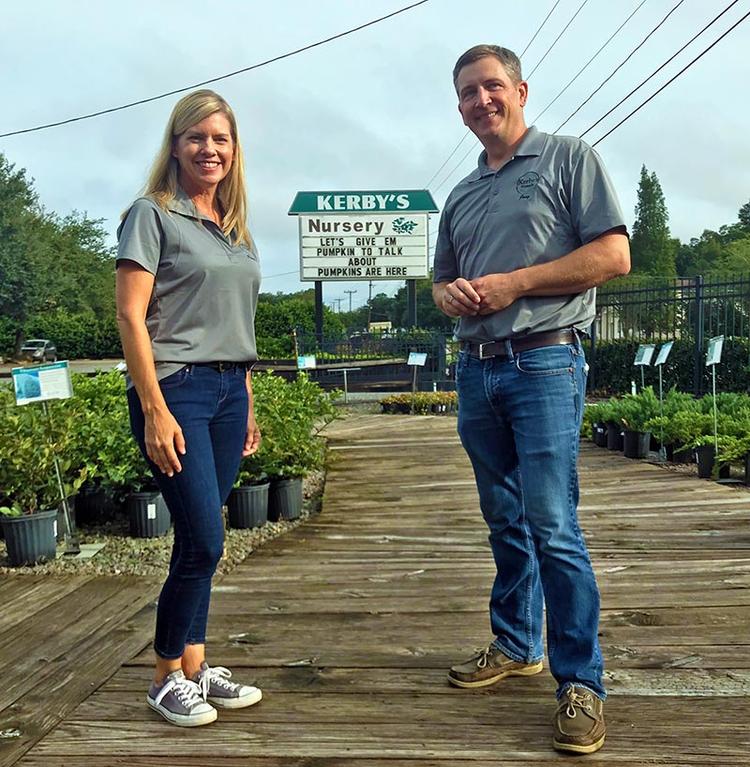 A second-generation family garden center offers a return to nature

It’s a typical fall Wednesday morning in October as Kim Kerby Bokor performs her morning routine around her retail garden center. With all the excitement in the air on this particular morning though, you’d think it was already Christmas. A new shipment of plants has just arrived at the 12-acre spread, and this second-generation owner is peering on with youthful glee.

Later this morning, with the help of the company’s close-knit, 12-member staff, each of these new arrivals will make its way to their special sections, ready to be discovered by customers strolling along the center’s winding, wooden boardwalk path. 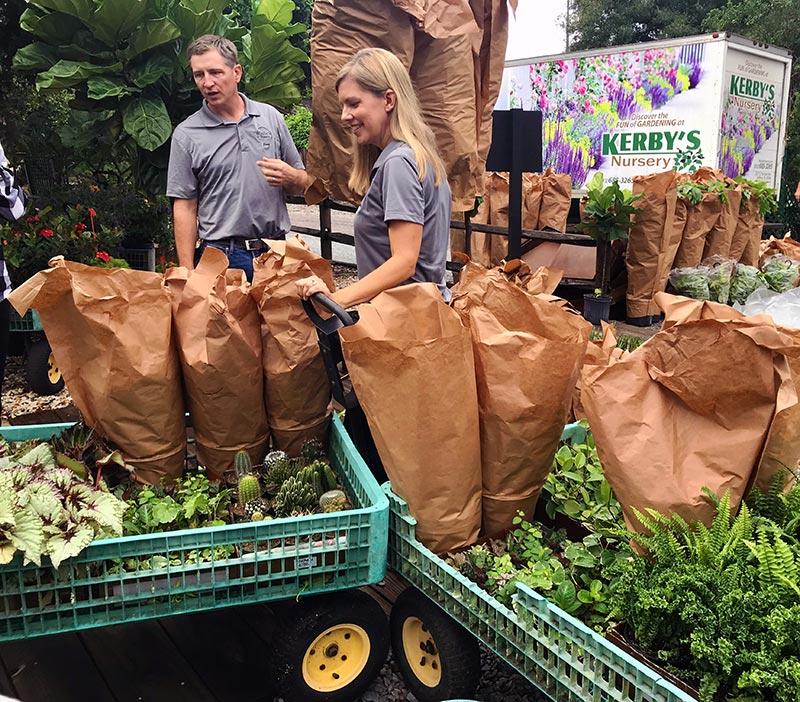 This Ikea-inspired approach at directing customers throughout the garden center was one of the first features Kim and her husband, Joey, installed after officially taking over the reins from Kim’s father, Larry, around 2007.

The couple were inspired to make the change after seeing something similar during a past tour put on by The Garden Center Group. In fact, Kim credits gaining much inspiration, over the years, to being a member of organizations like FNGLA and TGCG. It’s also helped connect the pair with fellow garden center members and now-close friends Theresa and Kevin Riley, owners of Rockledge Gardens.

“We love their story,” Kim says.

Theresa and Kevin are also second-generation owners who focus on customer experiences at their nursery including offering gardening workshops and even a weekly farmer’s market.

Kim’s parents bought the property, which sits on the border of Brandon and Seffner, and opened Kerby’s as a two-and-a-half-acre retail nursery in 1980, when Kim was three.

Larry, a past president of FNGLA’s Tampa Bay Chapter, has possessed a well-documented love of plants stretching back into his youth, Kim recalls.

“There’s stories of him with a little red wagon pulling plants down the street in Seminole Heights in Tampa, here selling plants,” she says, with a smile. “It just kind of carried on into his adulthood and, at some point, there were more plants in the backyard, and pots, than my mom wanted.”

Thus, Kerby’s Nursery, a plant refuge, located within a short drive to Downtown Tampa, was born. Kim remembers growing up surrounded by azaleas and citrus trees – the plants of the moment in the 80s and 90s, watering row after row of different plant varieties, and occasionally even helping customers.

The nursery was also where Kim and Joey, now married more than a decade, grew close during their teen years. “The way you got to spend time with me in the springtime was you came and spent time at the nursery,” Kim remembers.

In fact, Joey spent almost as much time at the family nursery as Kim. The couple’s love story may have begun at Hillsborough High, but it flourished working side-by-side among the plants.

“He and I would stay after and pull weeds in the back greenhouse,” Kim remembers.

After earning her bachelor’s degree in international business and mass communications from the University of Florida, Kim set her sights on innovating the family business.

Joey, at this point bearing a computer science degree from Georgia Tech, also couldn’t resist the call of the plant life. Pulling from his technical background, Joey focused on innovating the garden center’s email newsletter by creating an option for readers to have it read aloud to them.On some occasions, he even employs the couple’s daughters, Abigail, 8, and Madeleine, 6, to record portions.

Meanwhile, Kim focused on adding more signage to plants, creating a line of pottery and increasing the company’s focus on its marketing strategy. Attending the Tropical Plant International Expo (TPIE) was particularly helpful, Kim says, for gaining insights on available plants and allied product options. The goal has always been to create an inspirational experience for customers to explore the garden center.

It isn't unusual to find the couple’s daughters working alongside their parents at the garden center. Kim explains Madeleine is a confident young horticulture pro with a flair for sales. Both mom and dad enjoy catching the opportunity to overhear their daughter’s exchanges with customers. “I heard her telling a lady she really wanted red pentas, not pink, because red was better for the butterflies,” Joey adds, grinning.

As fall begins to wander into the nursery in the form of wispy breezes and subtle morning fog, a collection of pumpkins has been thoughtfully interspersed between overflowing pots of mums, corn husks, and hay bales. The garden center includes a wide array of several thousand plant varieties and sizes. Up front, near the entrance off the parking lot is where the landscape plants live including Sunshine Ligustrum – a current best-seller, Lime sizzlerTM Firebush, and other brightly colored foliage.

Further on down the path lies Joey’s personal favorite area, the fruit walk. We’re not just talking your citrus and occasional kumquat trees. This area includes more than 75 different types of trees including a handful of mango varieties, olive, turkey figs, mulberry, and avocado.

Nestled among the plants and pots lies a few relics which are particularly meaningful.

During this morning’s impromptu tour, Kim points to one, a towering live oak with gnarling branches and draped with resurrection fern. Family folklore on this is it began as a small ball and burlap tree Larry placed on the grounds at some point. Memories are fuzzy on whether it was simply a tree which never sold, or it was gifted to the nursery. “Until recently, you could still see the old burlap on it,” Kim says, pushing back some of the plants for sale around the trunk to see if she could still locate some. “It sat here and it rooted, and now it’s a tree we’re kind of known for.”

Joey adds, “Everybody today wants trees straight and perfect, but it’s trees like this that give character.”

Furthering their mission to make visiting the garden center a restorative experience for customers, Joey teaches periodic gardening seminars in a greenhouse tucked among the ferns and succulents in a shady section of the nursery. The most popular among them, Joey says, is the vegetable gardening seminar.

These days, the pair like to think about Kerby’s as more than simply a garden center, but a community resource of sorts – a portal back to what matters, even.

“We see it as being a place to make people successful in their gardens,” Kim says. “They’re on a stroll, they’re walking around, doing something with their hands, kind of getting back to nature.” •