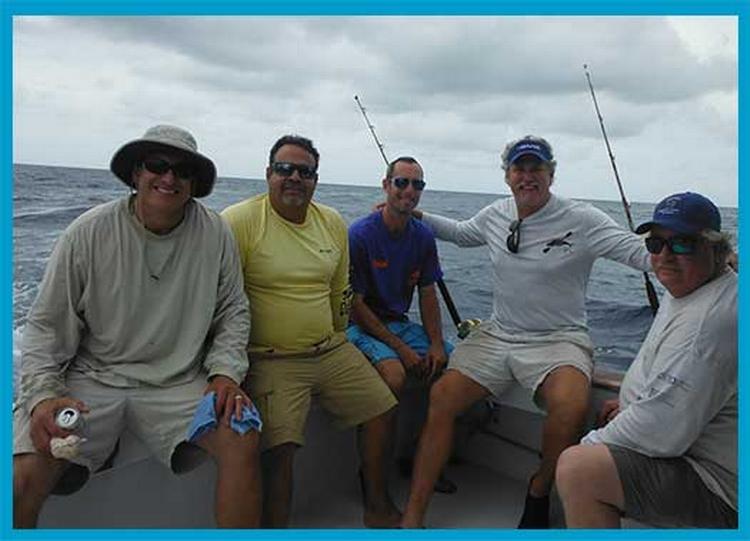 Fishing for a Good Cause

A labor of love honoring an industry great, The Dick Fuhr Memorial Fishing Tournament has, so far, raised $200,000 for industry research and scholarships.

Put on by FNGLA’s Miami-Dade Chapter, the tournament’s proceeds go into a National Horticulture Foundation endowment.

“Through the dedicated efforts of Miami-Dade Chapter's members, the Dick Fuhr Endowment is now one of NHF’s largest,” Linda Reindl, foundation director, said. “The chapter deserves an incredible amount of recognition for making this event not just successful – but fun.”

These days, many may not know Dick Fuhr was most notably remembered for his instrumental role in the production of Lerio pots. In the 1960s, egg containers were used in most greenhouses. With Fuhr’s help and persuasion, he created a company which designed and mass-produced metal containers. The metal containers were then converted into the plastic pots which are widely used today.

“Dick built his business with strong business ethics. ‘Customer Supreme’ were the words not only spoken, but a philosophy by which he ran his business,” Reindl said. “Whether you were a friend, associate or business acquaintance, you were always treated the same.”

Even 48 years later, Fuhr’s children continue to practice the same ethics as their father. Through freezes, depressions and other economic hardships, Universal Enterprise Supply Corp. has been there to share knowledge, expertise and service to the industry.

Despite the fact that many in the Keys are still working to recover from damages suffered from Hurricane Irma, Miami-Dade chapter volunteers have stepped up with plans to make this year’s event the best yet.

Reservations must be booked by May 1 at the host hotel, Amara Cay Resort, 80001 Overseas Hwy.

Special rates are available to those who book early. Attendees are also encouraged to book boat rentals to ensure availability.