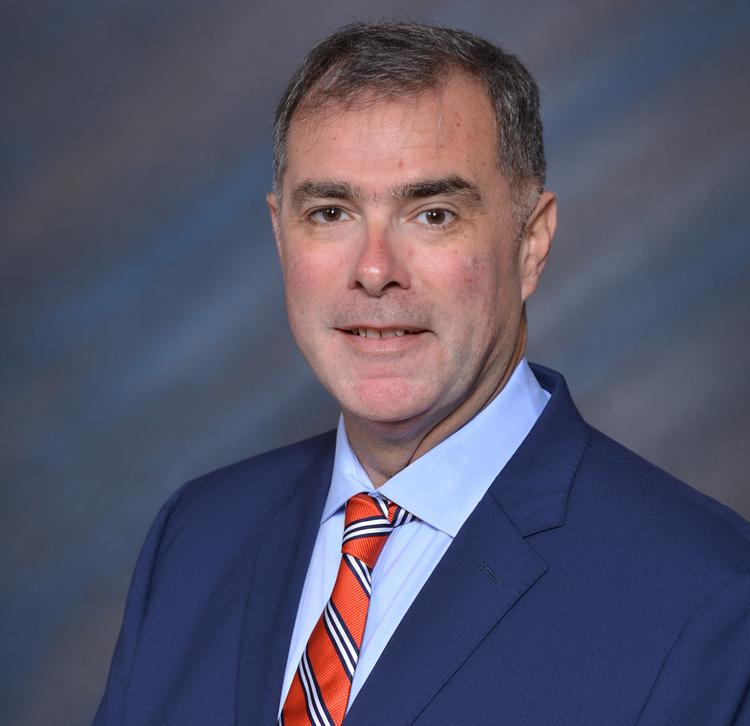 FNGLA President-elect Will Womack initially considered being a prosecutor before turning his sights on the nursery and landscaping industry. In 2002, he started Tampa Bay Landscaping and has since been active in the Tampa Bay Chapter of FNGLA and the Hillsborough County Farm Bureau serving in a variety of leadership roles. Will has served on the FNGLA Board of Directors, FNGLA’s Marketing and Membership Committee, the Budget Committee, Certifications Committee and holds two FNGLA certifications.

This month, the UF/IFAS Wedgworth Leadership Institute graduate looks forward to taking the helm as FNGLA’s 67th president.
On the eve of this new chapter in both his and the association’s life, Will shares a little on what he would like to accomplish:

FNGLA: So, tell me the story of how you became involved with FNGLA. When was it? Who introduced you? What were your initial thoughts on what your involvement would be.

WOMACK: I became involved in the FNGLA in the mid-2000’s. My initial draw to the association was education. I was really keen on earning a certification – and I did – the FCLC. For me, it was an opportunity to separate myself from other contractors in the Tampa Bay Area. Not long after earning my certification, I was asked to sit on FNGLA’s Membership and Marketing Committee (then just the Membership Committee) and engaged my local chapter which was struggling with the separation of contractors and allied folks with the local growers who were primarily engaged with what was then the TBWGA (Tampa Bay Wholesale Growers Association).
My initial thoughts on involvement was – honored to be asked (especially as a landscape contractor) and had no interest to serve (or thought I would ever serve) in a greater capacity.

FNGLA: How has being a part of FNGLA changed you?

WOMACK: Most notably, after my meteoric dive into the association, Linda Adams nominated me for consideration into Class 8 of the Wedgworth Leadership Institute. I was accepted. That single experience, alone, has had the most profound impact on me personally and professionally. I felt not only a strong desire to make positive changes and be a part of the voice of our industry, but was imparted actual tools to do so. All credit to Linda Adams and Dr. Hannah Carter.

FNGLA: When did it become clear to you that you wanted to be president of the association?

WOMACK: Despite my Wedgworth experience and support of so many members and friends, and if I’m being honest, I’m still not clear being the 67th president of the FNGLA is properly in my cards! Just a bit nervous I suppose because I take the position so seriously. As a rule, I prefer being a number 2 guy. I feel I can actually get more accomplished “behind the scenes.” However, I am so terribly honored to be given this opportunity to serve and will work tirelessly as a steward. The only thing I am clear about is, I am surrounded by the very best executive committee (Shawn Thomas, Martin Hackney, and Ed Bravo), the very best staff, and BOD’s that are primed to continue to do great things.

FNGLA: What initiatives do you want to push forward during your tenure as president?

WOMACK: During Ed’s presidency, he was very open to ideas. He is a big fan of Reagan. Reagan famously stated, “the greatest leaders are not the ones that do the greatest things, he is the one that gets the people to do the greatest things.”
I love that quote and philosophy. Ed encouraged a team approach to leadership. As such, I was afforded the opportunity to be very open and share my thoughts – several of which are now in motion. During my tenure, I plan on continuing Ed’s tradition. Over the next year, we hope to make progress with reaching out to young folks and encouraging them to consider a career in our industry (we hear, time and time again, how labor is our biggest challenge – guest worker reform is not likely – so let’s home grow a labor pool and new leaders). In a society where we have so many bright and shiny objects and occupiers/distractions of our time, we would also like to encourage more of our members to be more involved and engage leadership. But, most of all, I am so very keen on “touching” our members and chapters. We are a member driven association. I would like that bridge between state leaders, staff, our “30,000-foot” objectives and local leaders to be diminished. We are a team, everyone has a role and we should be so very supportive of one another.

FNGLA: How do you want to innovate the association?

WOMACK: In the age of the “interweb,” I am woefully unequipped. I refer back to Reagan’s quote. I am happy to let others do great things making our association relevant in a social media world. If we extend the notion of “innovation” to new and vanguard ideas, my hope would be that I impart a confidence that it is OK to re-think old ideas and ways of doing business. We have to think, generally, in different ways and be relevant in an ever changing world. If we do not, our industry and association will wane. •